Eurocopter was one of the great brands of the helicopter market from the early 1990s to 2014, when it was renamed Airbus Helicopters. The company was responsible for numerous leading platforms in the civil and military domains, including aircraft for private and Business Aviation, and the VIP and governmental markets. 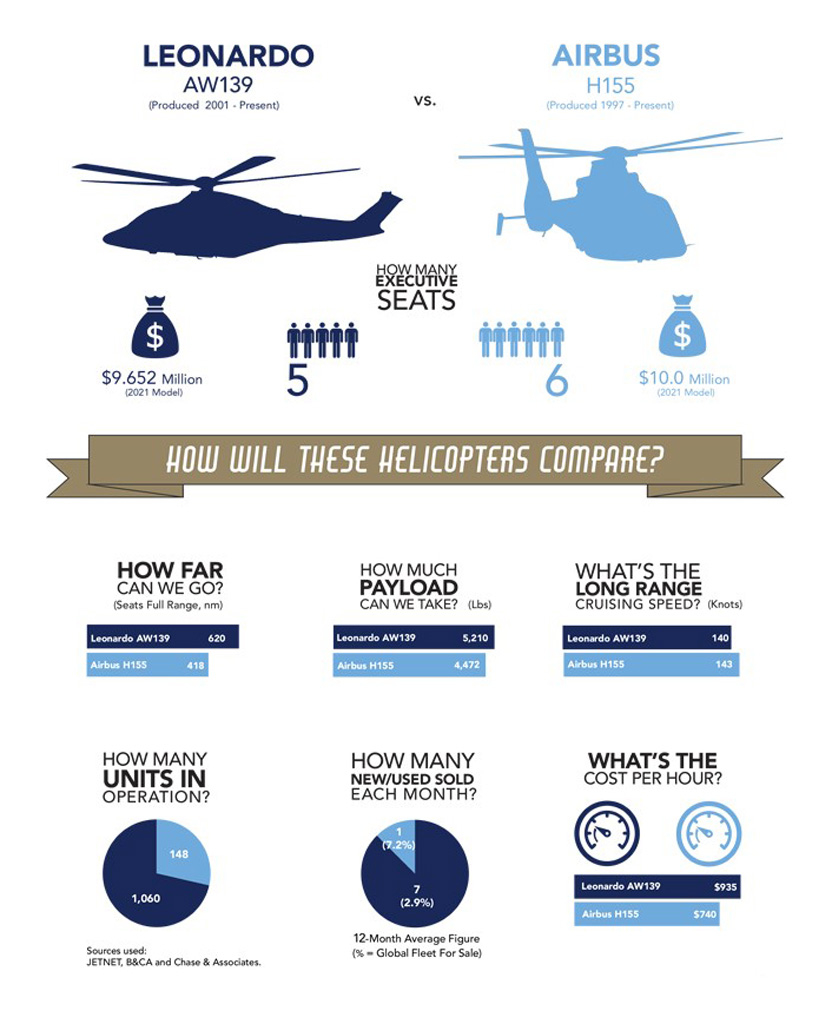 Please email
North America + Canada, United States - NV, For Sale by Oceania Aviation
Located at our Nevada base, USA - This 2008 B2 is ready to be re-configured to your spec, or available as-is
ContactContact Compare Aircraft More Info
Testimonial

Please email
Australia & NZ, New Zealand, For Sale by Oceania Aviation
This late Model / low-time B2 will be with our projects team in Auckland, New Zealand soon. The refurbishment will commence
ContactContact Compare Aircraft More Info

Please email
Europe, Norway, For Sale by Ostnes Helicopters
We are proud to present this AS350B3 in utility/passenger transport configuration! Delivered from Airbus in 1999, operated and based
ContactContact Compare Aircraft More Info

Please call
North America + Canada, Canada, For Sale by Victoria Helicopters
Forsale is this well equipped AS350 B2. Very good engine times remaining. This is a great asset to put to
ContactContact Compare Aircraft More Info
Showing 1 - 20 of 108

Among these is the Eurocopter AS350 Ecureuil, a long-established name in the international market, progressively updated from the 1970s until today. This aircraft can carry five passengers and has a range of about 340nm.

The Ecureuil family has carved out a major segment of the market, with more than 6,800 helicopters produced over the decades across its different versions, including the original AS350, the Eurocopter AS350 B2, the AS350 C, and the AS350 D. The Eurocopter AS350 B3 was developed in the late 1990s.

A twin-engined version – the Eurocopter AS355 Ecureuil 2 – was also developed, and produced until 2016. A light, single-engine variant – the Eurocopter EC130 (today known as the Airbus H130) was developed and introduced from the late 1990s.

Another well-brown brand was the Eurocopter EC120 Colibri, later known as the H120 under Airbus’s new naming approach.

This was a significant success in the single-engine turbine helicopter market for more than 20 years, having been developed in the late 1990s by Eurocopter alongside Harbin Aviation Industries, Singapore Technologies Aerospace Ltd, and China National AeroTechnology Import & Export Corporation (CATIC). About 700 platforms were produced.

The Colibri is powered by a single Turbomeca Arrius 2F engine, and also features a Spheriflex main rotor head, energy-absorbing seats, and a Fenestron tail rotor. It has a range of 383nm, and is well-suited to the VIP and corporate markets thanks to its spacious cabin, low sound levels and other qualities.

Another successful helicopter family developed was the Eurocopter EC135 (today called the Airbus H135). About 1,400 units were produced from the late 1990s in various iterations, with the helicopter offering seating for six passengers in a very comfortable setting.

The Eurocopter EC145 was developed in the late 1990s, with more than 1,500 platforms built to date. This helicopter, today called the Airbus H145, is based on the MBB/Kawasaki BK 117 C1, and offers a twin-engine platform that can carry up to nine passengers.

The OEM also offered the Eurocopter AS365 Dauphin, a powerful platform that offers seating for seven in VIP configuration. There have been various versions over the years, with the H155 still offered by Airbus today.

Additionally, the Eurocopter EC225 Super Puma long-range passenger transport helicopter, now known as the Airbus H225, was also produced from the early 2000s, offering a large, twin-turbine platform that can be used by VIP and corporate operators.