Developed from the AS350B3 Ecureuil light helicopter, the Eurocopter EC130B4 has a wider cabin with space for a rear five-place bench seat and a pilot and two passengers in front. Powered by an 847 shp Arriel 2B1 turboshaft, it has a Fenestron instead of the AS350's tail rotor and the skid undercarriage and composite main rotor blades from the EC120. 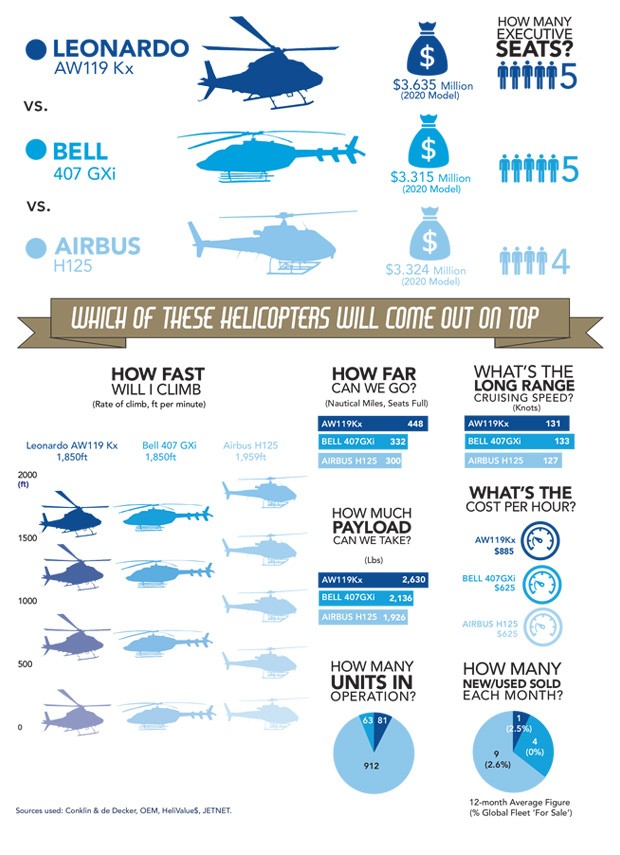 Airbus/Eurocopter EC 130B4, Worldwide
Change Location
Working with the world's leading aviation companies for over 20 years
Showing 1 - 1 of 1 aircraft (including variants)

The EC130 B4 was the initial launch model for Eurocopter’s EC130 product line. Production began in 2001, and, following some upgrades and enhancements the series continues today under Airbus Helicopters as the H130.

A single-engine light turbine helicopter, the EC130 B4 was developed from the popular AS350B3 Ecreuil model and utilizes a Turbomeca Arriel 2B1 turboshaft engine which produces 848 horsepower.

The aircraft was apparently developed in close cooperation with tour operators (the first EC130 B4 customer being Blue Hawaiian Helicopters), and its cabin can be configured to seat up to seven passengers (though in corporate/VIP configuration it usually seats five).

Eurocopter built 447 EC130 B4s, per JETNET data, before replacing it on the production line with the EC130 T2 in 2012. Although the EC130 B4 model is no longer produced, it remains a popular model on the pre-owned turbine helicopter market.

What features does the Eurocopter EC130 B4 offer?

The Eurocopter EC130 B4 has a three-bladed Starflex main rotor which is matched to a Fenestron with unevenly spaced blades that helps reduce noise by as much as 50% when compared to the earlier AS350B3 models. The EC130 B4 also offers operators a wider cabin.

Among its safety features, flight data recorders, crash-worthy seats, and redundant flight systems are installed on the EC130 B4.

What came before and after the Eurocopter EC130 B4?

The EC130 B4 was the first model in the EC130-series of light single turbine helicopters, but was developed from the Eurocopter AS350 Ecreuil. The biggest difference between the two models was that the EC130 B4 included a Fenestron instead of the conventional tail rotor used by the AS350 Ecreuil, and had a wider cabin.

The EC130 B4 was produced for slightly more than a decade before Eurocopter replaced it with the EC130 T2.