Under their programme of regular improvement, Sikorsky upgraded the S-76C twin turbine helicopter as the S-76C+ by replacing the two Turbomeca Arriel 1S1 engines with the FADEC controlled Arriel 2S1. This results in better single engined performance and improved fuel consumption for this well regarded executive and offshore oil support helicopter.

Sikorsky S-76C+, Worldwide
Change Location
Working with the world's leading aviation companies for over 20 years
Showing 1 - 4 of 4 aircraft (including variants) 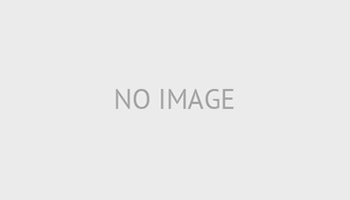 The Sikorsky S-76 has long been a core feature of Sikorsky’s commercial helicopter offerings, providing a twin-engine, medium-sized workhorse. The Sikorsky S-76C+ was one of several upgrades to the product line over the decades.

The S-76 series has been a significant success for Sikorsky (which is today part of Lockheed Martin). Since 1977, almost 900 units have been delivered around the world across all models in the series, accumulating over 7.5 million flight hours. Around a fifth of this number fly in a corporate or VIP role, highlighting the family’s appeal to this sector.

Specifically, the Sikorsky S-76C+ has the same increased gross weight over the earliest models that was introduced with the S-76B series, but it has a smaller, more efficient engine, producing improved range. Though it is no longer in production today, the S-76C+ remains a well-regarded model the pre-owned executive/VIP helicopter market.

The Sikorsky S-76C+ has a range of approximately 400nm and can accommodate 12 passengers and two crew members. Sikorsky built 152 S-76C+ helicopters over the course of its production, according to JETNET data.

What features does the Sikorsky S-76C+ offer?

What came before and after the Sikorsky S-76C+?

The Sikorsky S-76 series has gone through a regular process of improvements since deliveries to customers began with the S-76A helicopter in 1978. The more powerful S-76B replaced the original model, and offered an increased gross weight before it, too, was replaced by the S-76C which offered more efficient engines.

The S-76C + and subsequent Sikorsky S-76C++ helicopter  represent an incremental upgrade to the installed engines. Aircraft systems were continually improved without model changes.

The quiet gearbox was introduced late into the S-76C+ production run, while Honeywell’s Ground Proximity Warning System became standard equipment early in the deliveries of the S-76C++ aircraft. The cockpit also evolved through the early S-76C+ deliveries. The S-76C+ was ultimately replaced by the S-76C++ on the production line in 2006.

Today the line is represented by the S-76D helicopter, which features a wide range of modern advances and enhancements, including Pratt & Whitney PW210S engines, all composite main and tail rotor blades with a modern airfoil, a fully integrated Thales TopDeck Cockpit.