Bombardier has launched the new $26.7m Challenger 3500 – an update on its successful Challenger 350 Super Mid-Size Jet – offering innovative technology in both the cockpit and cabin areas.

Scheduled to enter service in the second half of 2022, the $26.7m Bombardier Challenger 3500 has big shoes to fill, though the array of cabin and cockpit enhancements will give it more than a fighting chance...

The Bombardier Challenger 3500 follows a highly successful legacy established by the Challenger 300 and Challenger 350 jets, which between them had delivered 853 units worldwide by the end of July 2021 (per JETNET data).

In fact, the original Challenger 300 remains the best-selling Mid-Size private jet to date. But Bombardier is doing plenty to secure the family’s legacy for the future, focusing on enhancements to the cabin and flight deck.

Priced the same as a Challenger 350, at $26.7m the Challenger 3500 introduces “a redesigned interior with intelligent and sustainably minded cabin features”, according to Bombardier, with the overarching goal being enhanced “comfort and function”.

Patented Nuage seats are incorporated into the standard Challenger 3500 configuration – a first for the Super Mid-Size segment - while temperature, entertainment and lighting will all be voice-controlled, representing another first.

Up front, on the flight deck the Challenger 3500 sees the incorporation of a standard-equipped autothrottle system, and will offer more baseline features than any other Super Mid-Size Jet, Bombardier claims. 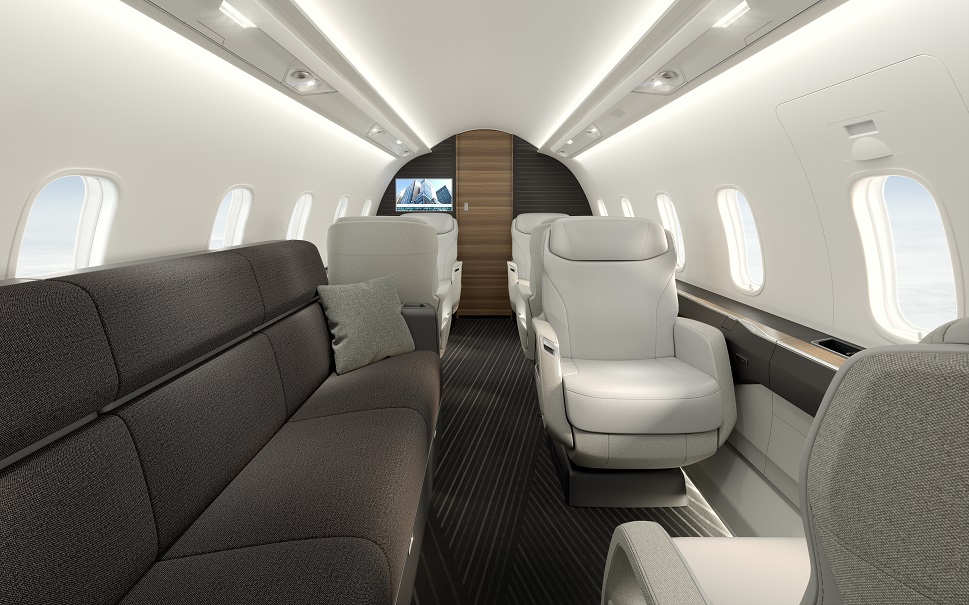 Meanwhile, customers can choose options from a selection of high-end sustainable materials for the cabin, and an eco app, developed by SITA, is available for owners and operators, designed to optimize flight plans and reduce fuel burn.

Poll Respondents Got it Spot On!

Ahead of Bombardier’s announcement, AvBuyer’s Editor of Buyer Finance and Strategy, René Armas Maes, executed an online poll on what Bombardier Aerospace’s plans for its portfolio development could be.

René asked: “What brand-new product or product upgrade do you think Bombardier will unveil?” Generating more than 100 votes, 43% of respondents believed Bombardier would refresh its Challenger 350 in terms of interior, potentially a new engine, and improved range capabilities.

According to René, this survey option makes sense. “The Challenger 350 is one of Bombardier’s best sellers, and the OEM needs to further penetrate the Super Mid-Size Jet segment with this improved Challenger 3500 jet plane at a lower capital expenditure.”

Thirty percent of the respondents voted for an official launch of the Bombardier Global 8000/8500 line with enhanced range capabilities, thereby giving Bombardier an even stronger presence in the Ultra Long-Range arena. However, with the 100th Global 7500 rolling off the production line, Bombardier will be expecting that model to be a significant contributor to its bottom line as things stand.

A further 23% of poll respondents expected that Bombardier would launch a new, clean-sheet 4,250-4,750nm platform replacing the 40+ year-old Challenger 600 platform. The remaining 4% were expecting another product announcement.

“Ultimately, the unveiling of the upgraded Challenger 350 boils down to capital expenditure, and represents the lowest-risk option on the survey,” René concludes. “Bombardier is already doing well within the Super Mid-Size segment, and will expect to improve its market share and margins with this newest model.”

Long-Term Implications of Other Options

In May 2021, AvBuyer predicted that the Large Jet segment might be the most keenly contested in the next three to five years – specifically for a new product offering a range of between 4,250nm and 4,750nm.

Almost a quarter of poll voters clearly see the demand, too, and if Bombardier makes a move in this segment any time soon - particularly with a clean-sheet design, the OEM would position itself well.

“Looking ahead, Business Aviation market conditions are favorable,” René suggests, “which may incentivize investor support favoring a clean-sheet product launch in the next two to three years.”

Dassault Falcon 10X to Enter Service in 2025
Business Jet OEMs: Where are the Product Gaps?
New Aircraft Technology: What's Next for the OEM...