The History of Dassault Part 4 - The Falcons X

Looking at the impact of Generation III: The X-Planes 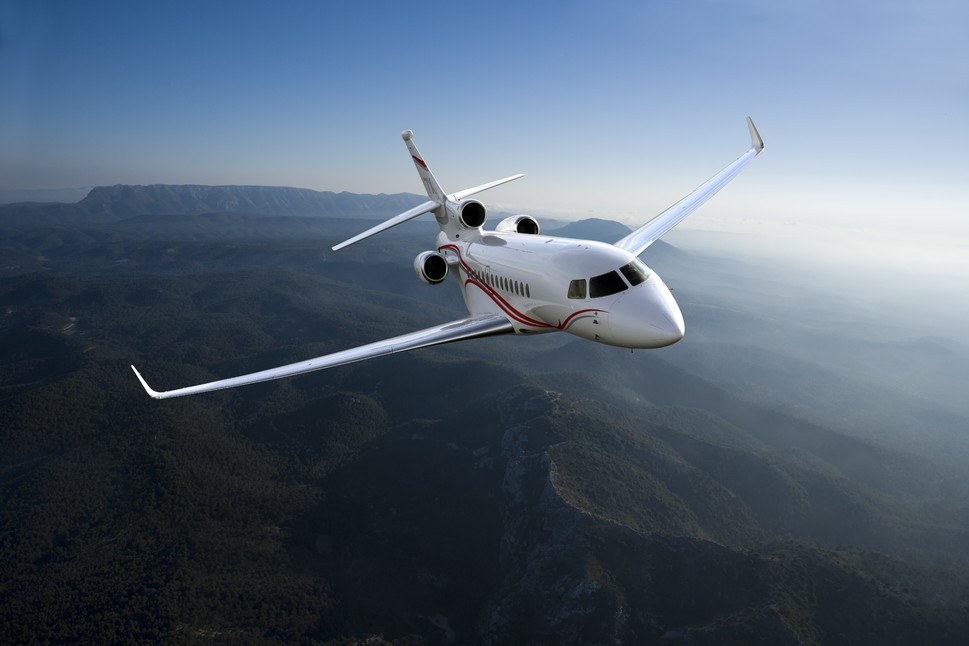 As we have seen in Rod Simpson’s history of Dassault, the company has had a profound influence on Business Aviation. Now we are experiencing a new series—the X-Falcons…

Since adopting the name Avions Marcel Dassault in 1947, the design and manufacturing organization we know today as Dassault has produced approximately 8,000 aircraft, the majority (71 percent) being business jets. During the first decade of the 21st Century, the company delivered nearly 700 of its Falcons to a worldwide customer base.

Indeed, with the new Millennium came a brand new generation - led by the Falcon 7X announced at the Paris Air Show in 2001. The tri-jet Falcon 7X, which made its first flight in May, 2005 was new from nose to tail and was to become the flagship of the Falcon fleet. Its ferry range of 5,840nm took it into a new category where it could challenge the dominance of the long-range Global Express and Gulfstream G550. Dassault’s advanced computerized design skills took the 7X from first flight to first delivery in just two years, and 90 had been built by the end of 2009.

As a clean-sheet design, the Falcon 7X had fly-by-wire controls and an entirely new wing that used 20% fewer parts than previous Falcons. Compared with the rival Global 5000, the Falcon 7X’s basic operating weight is 28% lighter and its combined 19,200 lbst engine thrust is 10,000 lbs less than the two engines of the Global. With a maximum takeoff weight about 20,000 lbs less than the Global 5000, the 7X offers 240nm more range, flies within 10 knots as fast as the Global, uses 3% more distance for takeoff, and has about 8% less executive payload, according to B/CA’s 2015 Purchase Planning Handbook.

Over the previous chapters of this story, we have seen that the aircraft company’s application of technology is greatly helped by Dassault’s very wide range of aviation endeavors - from the Rafale fighter to Space Exploration.

(It’s not commonly known, but Dassault was the prime contractor for the Hermes “spaceplane” project launched in 1985. Closely resembling the American space shuttle, Hermes was intended to be launched on an Ariane rocket and take three astronauts on missions of up to 90 days. The Hermes was never built, but a key feature was its flight controls based on the high technology system developed for the Rafale fighter.)

Dassault also launched into the unmanned aircraft field at a very early stage, and its first UAV was unveiled in July, 2000 when the “Petit Duc” proof of concept vehicle made its first flight, followed by the larger “Grand Duc”. Today, this effort has grown into the nEUROn flying wing stealth UAV, which may be the basis for a new generation of unmanned fighters for use by European nations.

But - returning to business jets, the Falcon 7X was only the first in Dassault’s new generation and has been joined at the head of the Dassault family by a new ‘big brother’ - the Falcon 8X. While it is externally almost indistinguishable from the 7X, the Falcon 8X has many changes including a redesigned wing and a longer cabin that gives customers more than 30 different optional floor-plans including various sizes of galley. There is more than 500nm additional range (6,450nm), which will take eight passengers and three crew at Mach 0.80 from Paris to Los Angeles or Singapore, and the Falcon 8X has a completely new cockpit incorporating the latest generation of the EASy system, including a head-up display.

And there is yet another new jet, the Dassault Falcon 5X, powered by two 11,450 lbst Snecma Silvercrest turbofans, which has followed hard on the heels of the 8X and, according to Dassault “sets the standard in the 5,000-mile-range category and is the most efficient business jet now in the market”.

Again, the new Falcon drives Dassault’s technology forward with an advanced Digital Flight Control System and redesigned wing that includes a flaperon and three leading edge slats. Notably, the Falcon 5X has the same cabin length as the 7X, but it is wider with 14% more volume and bigger windows to give it the largest passenger accommodation in its class.

Health monitoring is a very important feature of the 5X, using Dassault’s advanced FalconScan system that monitors and diagnoses 10,000 key parameters so that technical issues can be resolved as soon as the aircraft lands. Certification of this jet is currently expected in 2020.

So, where does Dassault’s future lie? For many years, the company has considered building a supersonic business jet (SSBJ) and, in 1997, it unveiled the Falcon SST project that would have been the world’s first SSBJ. It would have a range of 4,000nm and a 1.8 Mach cruise speed; would be powered by three non-afterburning engines in the 12,000 lbs class; and would carry eight passengers in a 23ft-long cabin. Significantly, the aircraft would have had a gross weight of 85,826 lbs (35% less than the Aerion SBJ and fully in line with the company’s emphasis on efficient lightweight airframe design).

The Falcon SST did not get to prototype stage and, for now, Dassault is reticent about supersonic prospects in light of continuing sonic boom issues. However, one can be certain that a supersonic aircraft is still under review and that Dassault’s innovative approach to technical development may bring such an aircraft to market in due course.

Clearly, Dassault is neither perfect nor infallible but, as long ago as 1973 a key investigation by The Rand Corporation said that “to some unmeasurable extent, the company and its products are expressions of the personality of its founder, owner and principal manager”. And that characteristic lives on.

Marcel Dassault’s energy, drive and quest for technical excellence was outstanding, and his commitment to achieving his aims with the smallest teams and the most austere facilities has created a unique organization with leaders and a loyal workforce whose culture makes them a part of the Dassault “family” for life. We await with anticipation the exciting offerings they can bring to Business Aviation in the future.