How getting the schedule right makes the biggest difference. 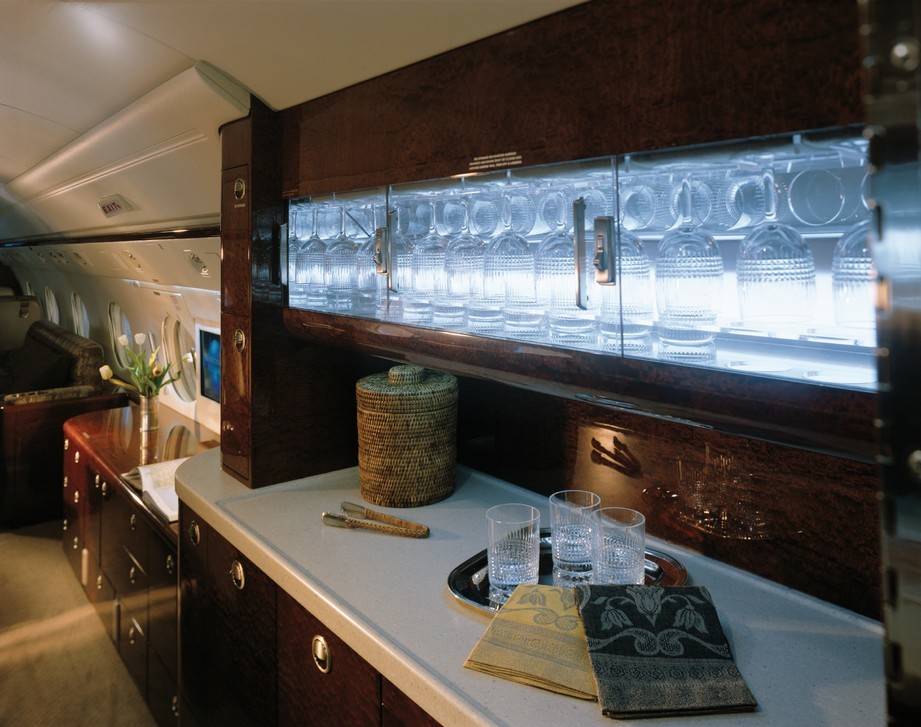 Kevin Hoffman concludes our series on modernizing and upgrading business aircraft with an examination of the primary drivers that affect schedule and timely delivery of the completed aircraft.

Critical path items, which affect the entire completion schedule if not completed on time, range from engineering drawings, to timely procurement of parts, up to and including aircraft certification.

Completion schedules have four levels: Tier I through Tier IV. Tier I schedules provide a basic overview of the work to be accomplished, while Tier IV schedules deal with detail that is often several hundred pages. Understanding how the various tasks listed on these schedules relate and depend on one another is key to keeping the critical path items on track and the modernization project on time.

Customer responsibilities include understanding and communicating to the completion center precisely what you are seeking by way of specification, design and options. Without such specificity, completing the desired program on schedule and on budget is unlikely. It is the customer’s responsibility to know what is wanted before meeting with the completion center, and a detailed discussion with the center must be held to avoid “change orders” and other redirections that result in delays and usually higher costs.

Beware, change orders can also occur because an unanticipated option surfaced after the specification was drafted. Initially engaging experts who are able to review all available options, including the latest technology, and advise upon which completion centers are best qualified to execute the desired specification is a strategy worth considering. While the trade-off is the time required for the expert to educate the customer, the exercise is usually well worth the investment.

Completion center capacity has a huge impact on schedule. If the facility has too many aircraft in work at one time, no one benefits. The completion center is spread too thin, risking the quality of the product, and the customer is disappointed.

Capacity can be determined easily by the customer’s experts during the process of selecting a completion center. It is also vital that the customer understand what is included in the overall schedule, since the time in completion may not include other stages of the overall business aircraft modernization process, such as the infrastructure stage, or the time to complete required aircraft maintenance prior to being placed in service.

Work flow improvements have occurred over the past few years to positively affect schedule. For example, the pre-fit of the aircraft interior may be completed in a mock-up (rather than on the aircraft) to decrease the amount of adjusting when cabinets are installed in the aircraft.

In addition, exactly when the aircraft is painted or when the wiring harness is installed are tasks that have been optimized to improve schedule. This is an area where the major business jet OEMs usually have a better understanding and capability than smaller completion centers, but such capabilities may carry additional costs.

Better to establish a realistic schedule with few, if any, change orders than to seek redress due to the contract's language

Penalties and non-excusable delays rarely have a positive effect on the schedule. In fact, the sales and contract departments usually have no communication with the completion center regarding these matters so, although written into some contracts, this mechanism is unlikely to have an aircraft completed any faster.

Customers may insist on obtaining such language in their contract documents, but they should realize the minimal weight such clauses carry with respect to the aircraft completion process. Better to establish a realistic schedule with few, if any, change orders, than to seek redress due to the contract’s language.

Customization and flexibility are sought by most customers modernizing their aircraft. They want their own unique style or brand that often requires changes to the baseline interior and influences the project’s completion timeframe—how much longer depends on the level of sophistication or customization.

It is also important to understand that a highly customized, one-of-a-kind interior will take longer to build than a production interior, as well as take longer to certificate since many issues (e.g., emergency egress, fire retardant material, smoke and evacuation, etc.) will need to be evaluated and addressed.

Consider the size of the aircraft. A mid-size Citation Sovereign (for example) has less physical space, and hence less flexibility, when compared to a large aircraft, such as a Global Express, Gulfstream G650, Airbus ACJ or Boeing BBJ.

Large aircraft can be a “designer’s dream”, offering great latitude to create a unique interior. What might look good on paper, however, may be a challenge to accomplish in terms of time and money, and it is the customer’s responsibility to decide what value, if any, a particular specification or option has to offer.

First of their Kind?

Finally, the customer needs to understand the modernization journey they are about to take. Has the client’s designer created an aircraft equipped with state-of-the-art features that are “the first of their kind”? The first time a Cabin Management System (CMS) is installed in an aircraft often requires the completion house to address unanticipated problems.

If your aircraft has new avionics, a new seat design or new technology features that have no history, original engineering drawings and procedures will be required to complete your aircraft - with a significant impact on the schedule. Additionally, if the certification basis has been altered, the completion center may need to re-certify the systems, seats, and/or burn tests.

If the interior is to be equipped with all-new technology, you would be wise to expect a longer completion cycle, no matter what estimates and assurances you receive at the start of the project.