With Longview Aviation Capital resurrecting the legendary de Havilland Canada brand, GA Buyer Europe looks back at the long, illustrious past of the DHC series of aircraft. 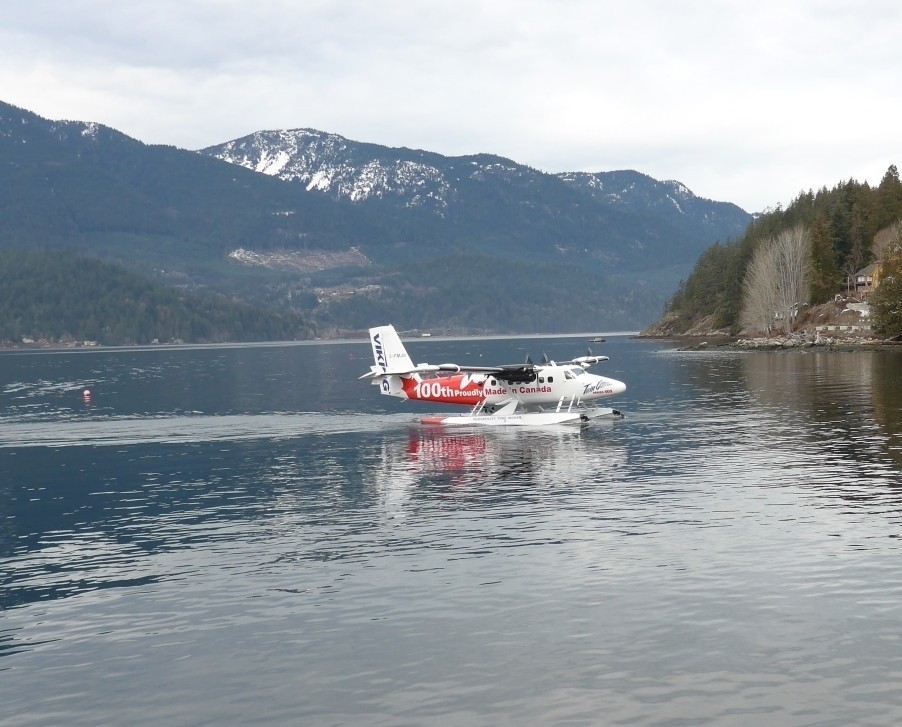 With Longview Aviation Capital resurrecting the legendary de Havilland Canada brand, GA Buyer Europe looks back at the long, illustrious past of the DHC series of aircraft.
While Airbus and Boeing had less news than usual at the 2019 Paris Air Show, it was Viking Air Limited's parent company Longview Aviation Capital that had perhaps the biggest story having just resurrected one of the most famous names in aviation, following acquisition of the Dash 8 turboprop airliner program from Bombardier.
Former de Havilland Canada types have now been brought back together with Longview already having successfully revamped the Twin Otter under Viking, as the Series 400.
Now Longview has the DHC-1 through -7 as well as the Canadair water bomber Type Certificates, that were also previously held by Bombardier (Canadair), consisting of the CL-215 and CL-415.
Viking’s growing presence as an aircraft manufacturer sees Western Canada-based Longview owning the type certificates for all the aircraft DHC originally developed, Bombardier having acquired that business from Boeing in 1992.
How Does This Relate to General Aviation?
From a GA perspective this includes the Chipmunk trainer, Beaver, Turbo Beaver, and Otter/Twin Otter utility/transport aircraft; along with the Caribou and Buffalo transport aircraft, and the Dash 7.
The company has focused mainly on the Twin Otter over the past 12 years, modernizing it for use as a modern small transport aircraft (including a floatplane version) and also developing a special mission variant of the Series 400, the Guardian 400, for intelligence, surveillance, and reconnaissance (ISR) operations.
Viking says the low acquisition cost and flexible architecture of the Guardian 400 allows operators to mix and match sensors and interior layouts to meet specific mission profiles. An example of the Guardian 400 was present at the Paris Air Show ahead of a world tour starting in September.
Prior to the Le Bourget show, Viking spent six months modifying a production airframe into the Guardian 400 demonstrator.
The de Havilland Story
Thousands of de Havilland Canada aircraft remain in active use around the world today, and the past 75 years has seen around 3,500 aircraft produced. Following is a brief timeline through the de Havilland Canada history…
1920s and 1930s
On March 5, 1928 the de Havilland Company (of England) incorporated a subsidiary company in Canada. At the time it was the only aircraft manufacturer in Toronto, producing the Moth aircraft for the Royal Canadian Air Force (RCAF).
The first all-Canadian design to come out of DHC was the Chipmunk, an all-metal trainer developed for the RCAF which helped to establish the company as a leader in the North American aviation industry. 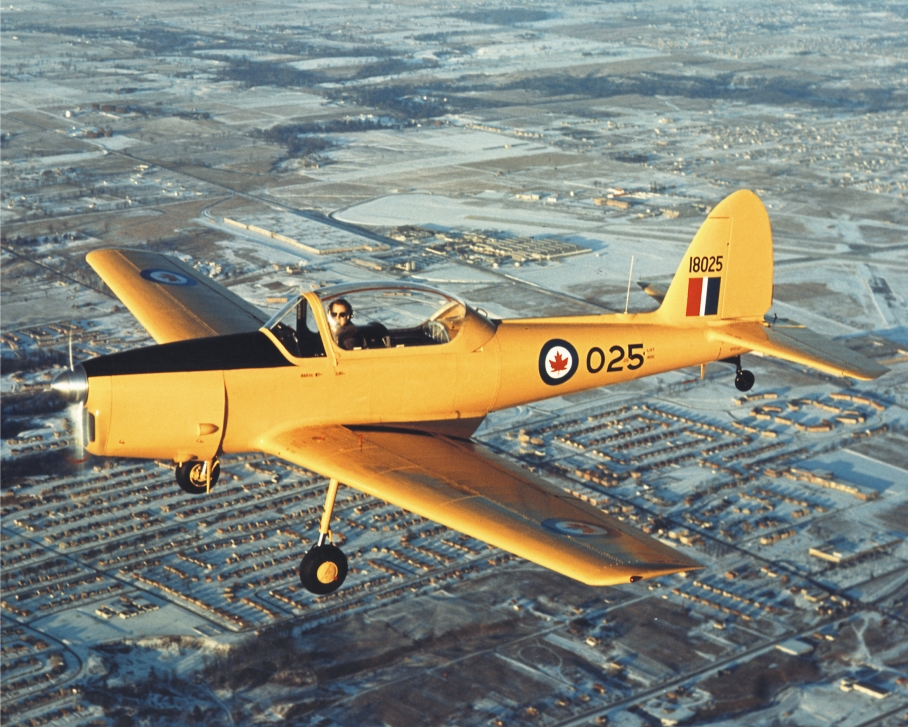 DHC-1 Chipmunk
1940s
In the 1930s the advent of the bush plane helped to open up the Canadian wilderness. However, by the mid 1940s it was clear that a more durable design was needed and DHC developed the DHC-2 Beaver.
The prototype Beaver made its maiden flight from Downsview (the company’s base airfield near Toronto) in August 1947 and proved to be a great success proving to be the start of DHC’s reputation for producing highly capable STOL aircraft. The US military became the company’s best customer. 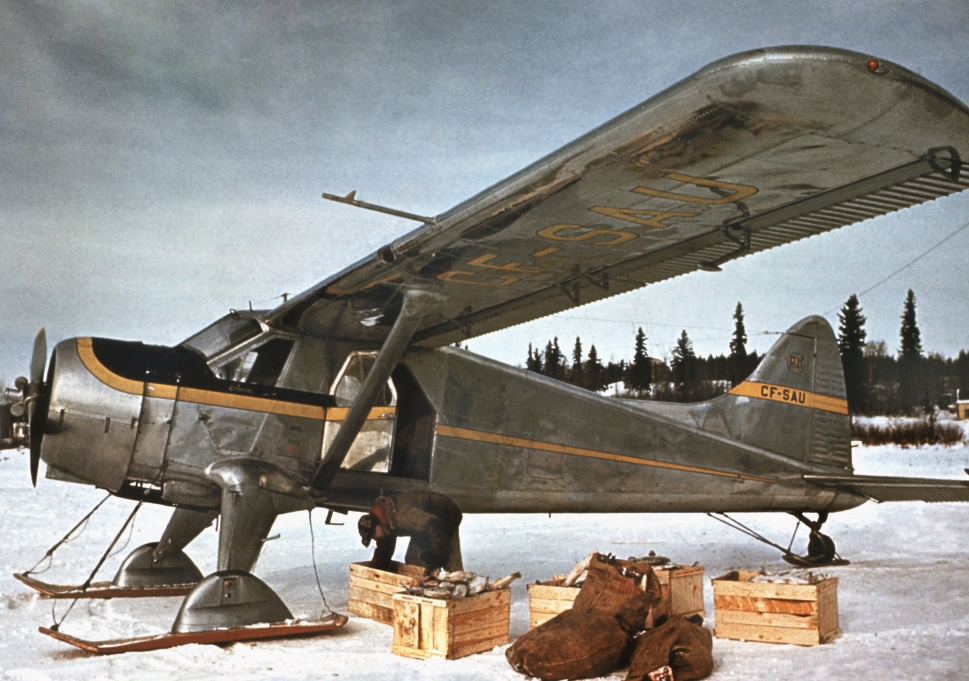 DHC-2 Beaver
1950s
In 1951 de Havilland started to produce the DHC-3 Otter, which is slightly larger than the Beaver with twice the payload and a greater range.
1960s
The Twin Otter was introduced in 1966 (having made its first flight on 20th May 1965) and although it had been designed as a utility aircraft for the Canadian North, it became popular with growing commuter airlines.
More than 800 were built, making it the highest-selling 19-passenger commuter in the world. The Twin Otter played a key part in developing the world’s regional airlines. 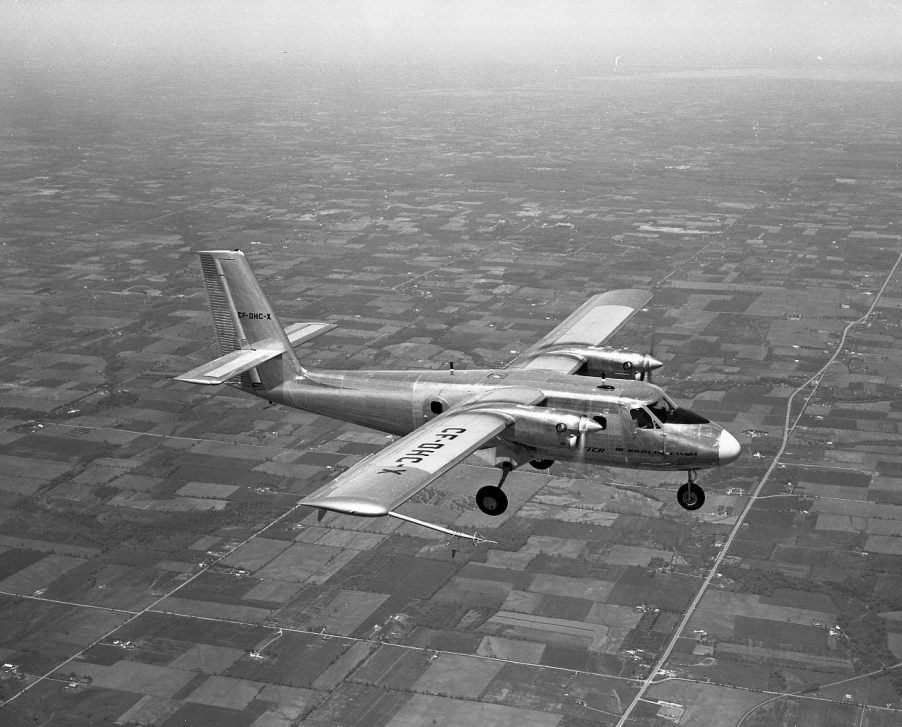 DHC-6 Twin Otter
1970s
In 1973 DHC applied its STOL expertise to designing an airliner, with the four-turboprop Dash 7 becoming an aircraft of choice for airlines operating to smaller airports with challenging terrain.
Meanwhile in 1970 Viking Air Limited was established as an aircraft maintenance and repair company at Victoria International Airport in Sidney, British Columbia with a focus on the seaplane and utility aircraft markets.
1980s
In 1983 Viking was selected as the exclusive spare parts manufacturer and distributor for the out-of-production DHC-2 Beaver and DHC-3 Otter utility aircraft. Engineering drawings and tooling transferred from Downsview to Sidney, BC.
In 1988 the de Havilland Canada factory delivered its last DHC-6 Twin Otter. The Twin Otter had become the largest-selling 19-passenger utility turboprop aircraft in its class with a total of 844 manufactured in Downsview for delivery to customers in 76 countries. 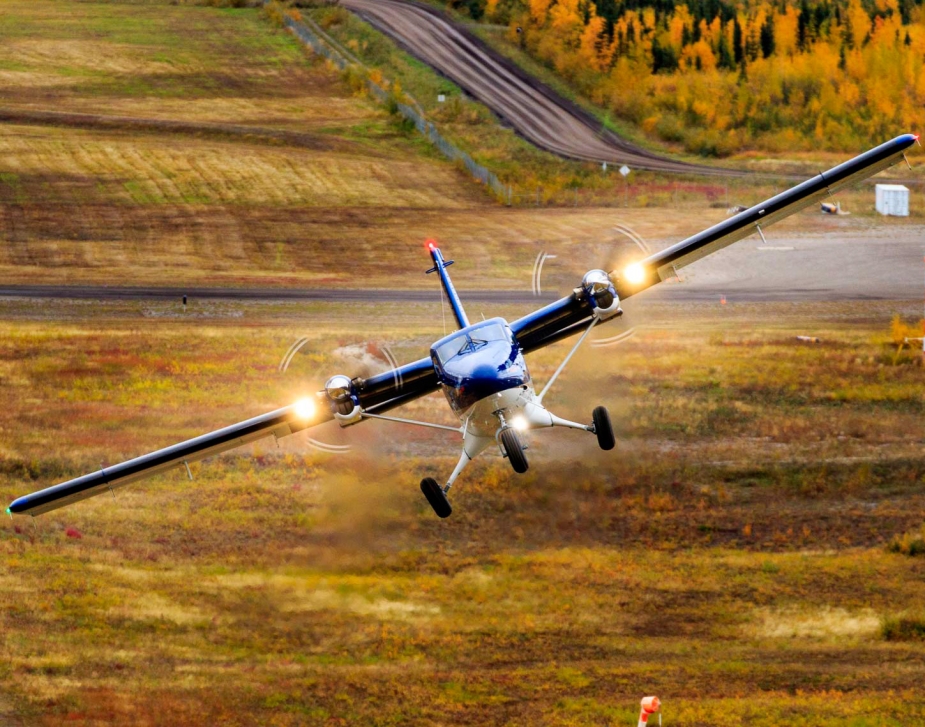 1990s
In 1997 Viking hosted a Golden Anniversary fly-in in Victoria, BC celebrating the 50th anniversary of the de Havilland DHC-2 Beaver.
2000s
In 2005, Viking purchased the assets of Bombardier's Commercial Service Centre (CSC) including the Product Support and Spare Parts business for the DHC-6 Twin Otter, allowing Viking to work directly with operators for the supply of new parts and technical support.
Then, in 2006, Viking acquired the Type Certificates for seven de Havilland legacy aircraft including the DHC-1 Chipmunk, DHC-2 Beaver, DHC-3 Otter, DHC-4 Caribou, DHC-5 Buffalo, and Dash 7, establishing Viking as the Original Equipment Manufacturer (OEM) and providing the company with the exclusive right to re-start production for any of the aircraft.
In 2007 Viking launched the new Twin Otter Series 400 production program, modernising the original design and incorporating a Honeywell Primus Apex glass cockpit, advanced materials, such as a modern composite nose section, and more powerful P&WC PT6A-34 turboprop engines. 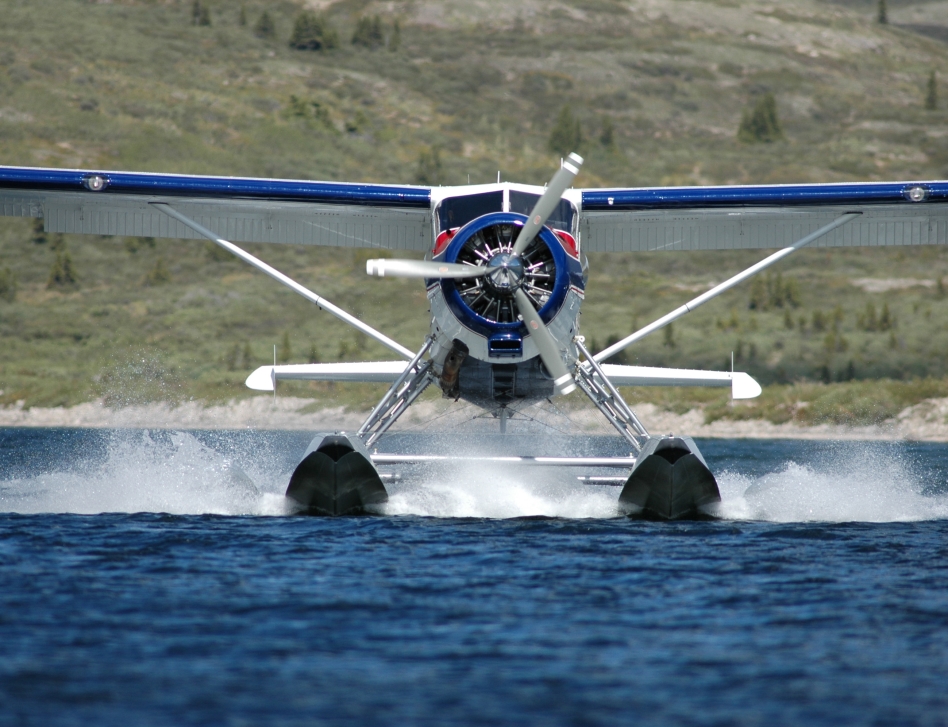 DHC-2 Beaver on Floats
2010s
On February 16, 2010, the first new-build Twin Otter in 22 years made its maiden flight at Viking’s final assembly plant in Calgary, Alberta. Viking delivered its first Twin Otter Series 400 to launch customer Zimex Aviation in July of that year after receiving Transport Canada Type Certification on June 24.
In 2012 Viking added FAA and Russian IACAR to the growing list of Type Certifications for the Twin Otter Series 400.
Then, in 2016 Viking purchases the manufacturing and design rights to the Bombardier CL-415, CL-215 & CL-215T Amphibious Aircraft program while also delivering the 100th Twin Otter Series 400, only six years after the initial flight.
In recognition of the Twin Otter’s role in remote locations, the wing ribs of the 100th aircraft were taken to towns in Canada’s North to be signed by residents in communities that helped establish the Twin Otter as a stalwart in Canadian aviation. 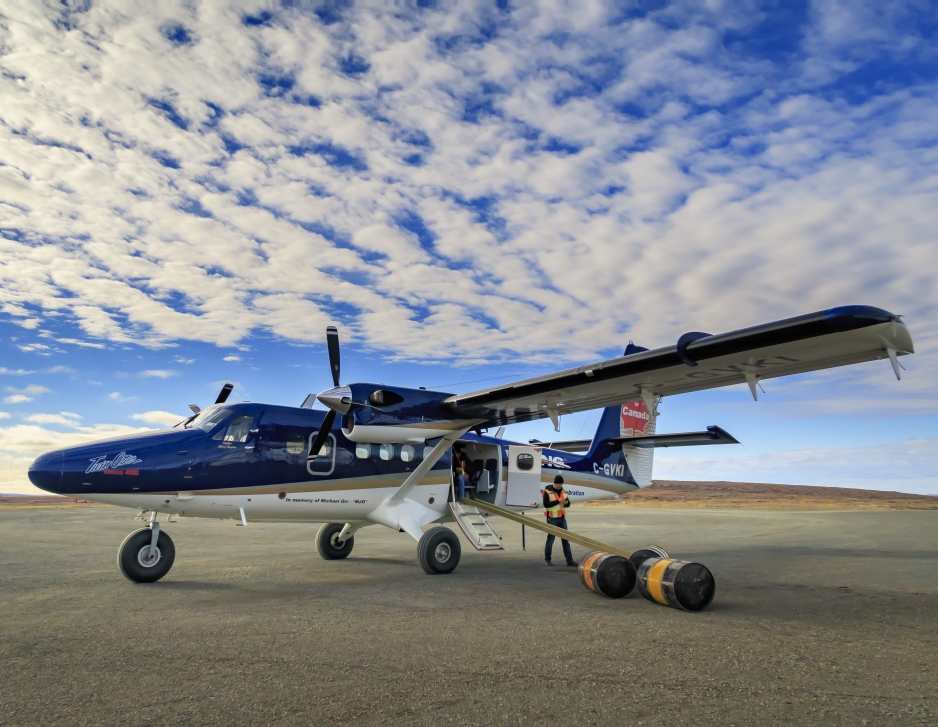 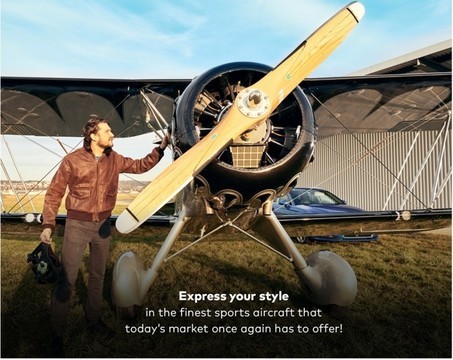 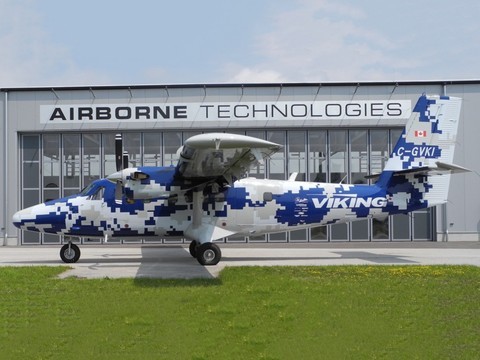 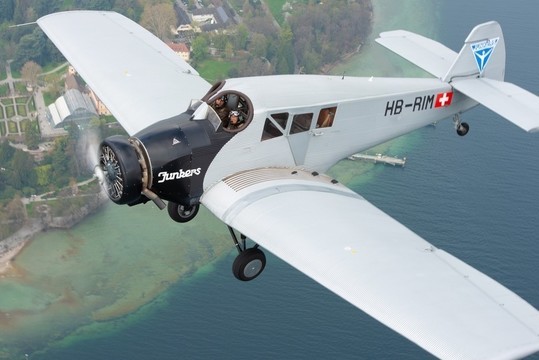 What Makes the Junkers F 13 a First of its Kind?