Check out the results of Airborne Hydro Mapping's scans of Lake Constance's shores following a recent airborne mapping project, and learn why a Tecnam aircraft was the ideal airplane for the job...

Located in Central Europe is Lake Constance (also known as Bodensee in German). Measuring 63 kilometers in length the lake borders Germany, Austria and Switzerland, and is fed by the River Rhine River.

The lake is composed of the Untersee (lower lake) and the Obersee (upper lake) which are interconnected. It’s here that Airborne Hydro Mapping GmbH (AHM) has been carrying out airborne laser topo-bathymetry along the shoreline, obtaining high-resolution mapping for the EU project “Tiefenschärfe” (translating Depth of Field).

Airborne sensing, especially the focus on topo-bathymetric LiDAR (light detection and ranging), has grown into the key solution in joint data acquisition. Over the past ten years, the technology of airborne hydro-mapping, using a water-penetrating green laser beam to capture rivers, lakes, coastlines and also urban and technical infrastructure, has become a state-of-the-art tool for surveying large areas including land and water within one mission. 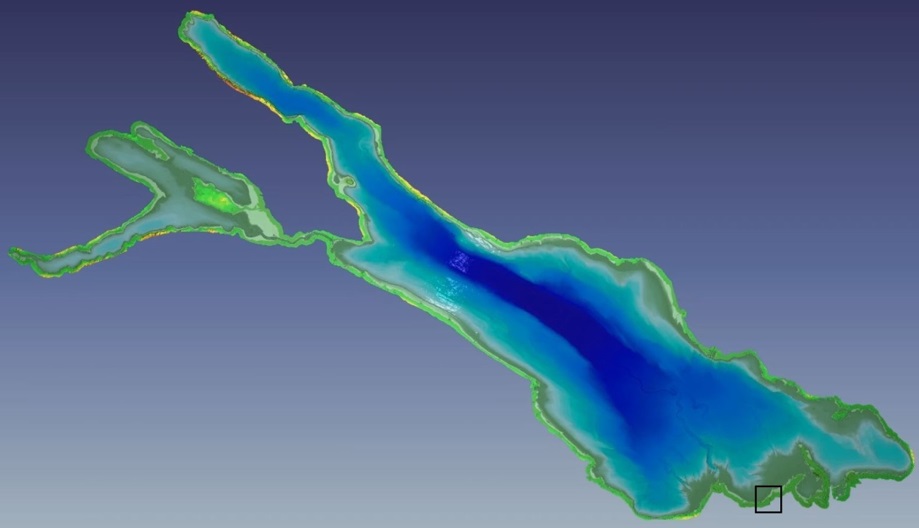 As mentioned, one of AHM’s major ventures was the EU-funded ‘Tiefenschärfe’, project for which the company surveyed the 300 kilometer shoreline of Lake Constance in central Europe.

The airborne survey was performed with a Tecnam P2006T SMP (Special Mission Platform) configuration fitted with AHM’s sensor technology, and the aircraft flew at an average survey speed of 80 knots and at a survey altitude of about 600 meters AGL.

It took about five days to capture the entire shoreline at a width of about 1km, and the ground beneath the water was detected down to a depth of 14 meters at high resolution (more than 30-40 points per square meter).

The hydro-mapping data was later combined with echo-sounding data of the deeper lake area (down to 251 meters below surface level) for a completely renewed map and digital terrain model of the bed of Lake Constance. 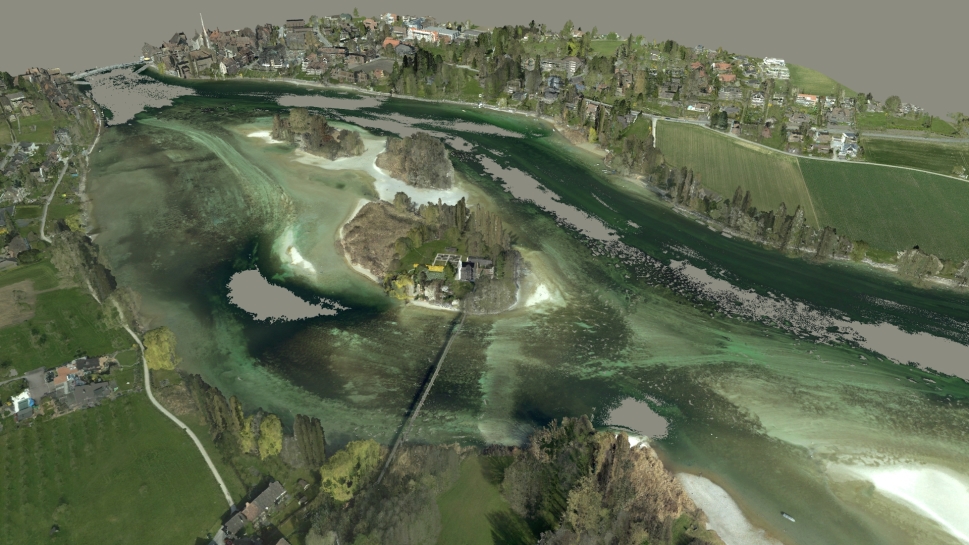 With its own software, HydroVISH, AHM supervised the data processing, management and visualization for the project, allowing for the first ever real-time view to be constructed.

The data is now being used for further ecological, limnological, and archeological studies, as it has delivered the most accurate and high-resolution topo-bathymetric dataset ever produced.

Why Use Tecnam Aircraft?

This year AHM will be expanding its fleet by adding Tecnam’s newest development, the P2012 Traveller SMP, to guarantee greater flexibility in mission and endurance. The new aircraft offers AHM a more versatile platform compared to the P2006T. 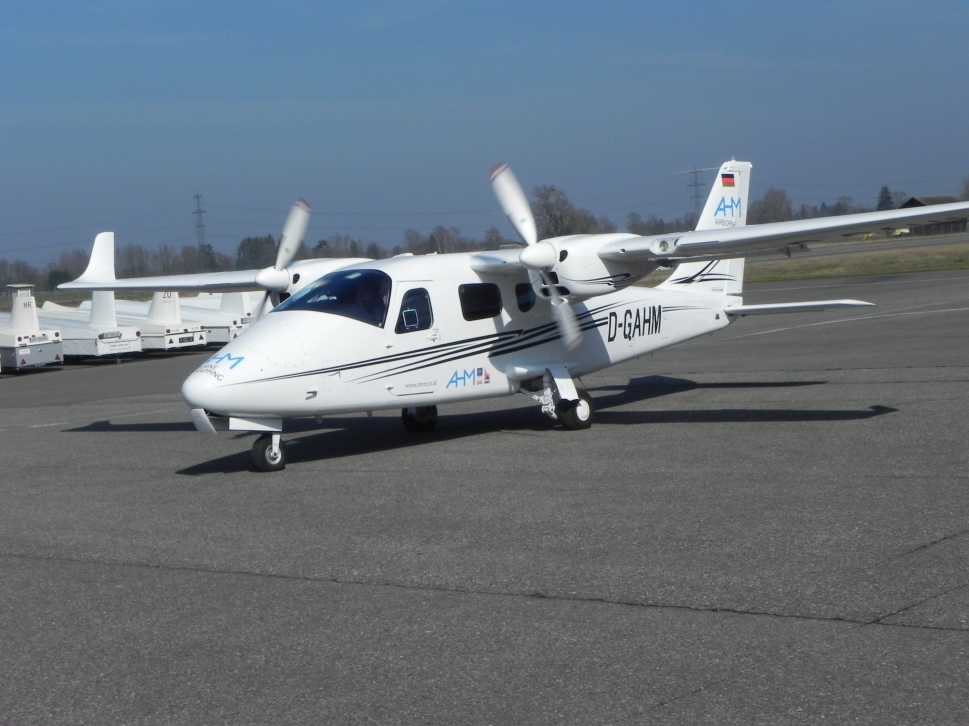 And although the hourly fuel consumption during the mission increases by about 53%, a decrease in total fuel consumption of up to 12% could be achieved due to longer turnarounds and a reduction in ferry flights for refueling.

AHM’s “green survey” strategy as it pertains to the P2012 Traveller mission platform extends even further: In cooperation with a German research organization, the production and use of carbon-neutral high-octane aviation fuel has been arranged, with the focus being on closing the gap between carbon neutral electric short distance flying and the need for an intermediate mission range of up to 1,000 nautical miles, which cannot yet be achieved by battery-powered aircraft.

Powered by two Lycoming 6-cylinder TEO-540-C1A turbo engines. It is the first piston-powered aircraft with electronic management of engine power, which, coupled with the Garmin autopilot, enables a reduced workload for pilots and a great extension of the engine life.