Founded in 1927, Cessna became a Textron Aviation brand in 2014. The company first produced turboprops in the 1970s with the Conquest twin-engine aircraft. In 1984 it introduced the Caravan high-wing single-engine turboprop for cargo and executive use and is currently developing the low-wing single-engine Denali utility turboprop 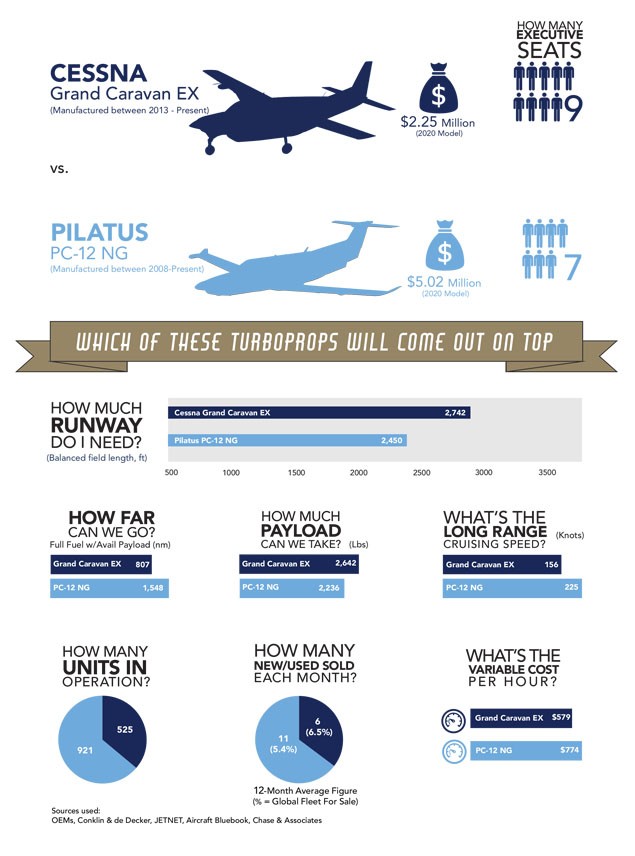 The Cessna 208 Caravan has been a fixture of the turboprop market for decades, with derivatives of the aircraft still finding customers today, and older models remaining popular on the pre-owned market. Under Textron Aviation, Cessna is now looking to the future of the turboprop domain, with two new aircraft in development.

The Cessna 208 Caravan was introduced in the mid-1980s, with the first platform delivered to an air service provider in Alaska. The platform was a success story for Cessna, with more than 2,500 units manufactured and certification achieved in 100 nations, including the Caravan, Grand Caravan, and Grand Caravan EX models.

The aircraft normally accommodates nine passengers, offering a maximum range of 1,000nm. The single-engine turboprop is powered by a Pratt & Whitney Canada PT6A-114A engine, and offers a maximum take-off weight of 8,000lb.

After the initial success of the original Caravan model, the late 1980s brought the launch of the Cessna 208B Grand Caravan, a stretched version of the original aircraft that is about 4ft longer.

The Grand Caravan can seat up to 14 passengers, though usually holds nine, and has a maximum range of just under 800nm. It is powered by the same PT6A-114A engine, giving a power output of 675shp. Later models also included more modern Garmin G1000 avionics.

Following the Grand Caravan was the Cessna Grand Caravan EX, which has had a good deal of success since its certification in 2013, and customers range from the Rwandan Defense Force to Waves Technologies Ltd, a UK-based air taxi service.

The Grand Caravan EX typically seats nine passengers with a pilot, but can hold up to 14, and is powered by a Pratt & Whitney PT6A-140 engine. It is capable of a range of just over 900nm, and features the Garmin G1000 NXi avionics suite on the flight deck.

As of early 2021, Textron was pursuing two new projects in the turboprop domain that are set to take the Cessna brand further forward in the coming decades.

The Cessna SkyCourier twin-turboprop made its first flight in May 2020, and has already secured a launch customer in FedEx Express, which signed a deal for up to 100 aircraft if all options are exercised.

The SkyCourier is offered in both cargo and passenger variants, with the passenger variant accommodating up to 19 passengers and featuring large windows to provide natural light and views. The aircraft is powered by Pratt & Whitney Canada PT6A-65SC engines and has a range of up to 900nm.

The second new aircraft is the Cessna Denali, a single-engine turboprop with a range of 1,600nm at high-speed cruise, carrying one pilot and four passengers. This Denali features GE’s new advanced turboprop engine – the Catalyst – and has a Garmin G3000 touchscreen avionics suite. It can hold 8-11 passengers.

With over 25 years of trading, AvBuyer is the primary marketplace for turboprops offering the best new and pre-owned turboprops for sale. You can read the latest edition of AvBuyer magazine online or visit our online actionable intelligence resources which offer insight, market data and analysis from AvBuyer’s editors and leading Biz Av industry experts.