Bell is one of the best-known names in the turbine helicopter market, with the manufacturer responsible for a range of turbine helicopters that hold appeal to the VIP and corporate sector. Today part of Textron, Bell continues to manufacture, innovate and upgrade platforms with a wide range of capabilities. 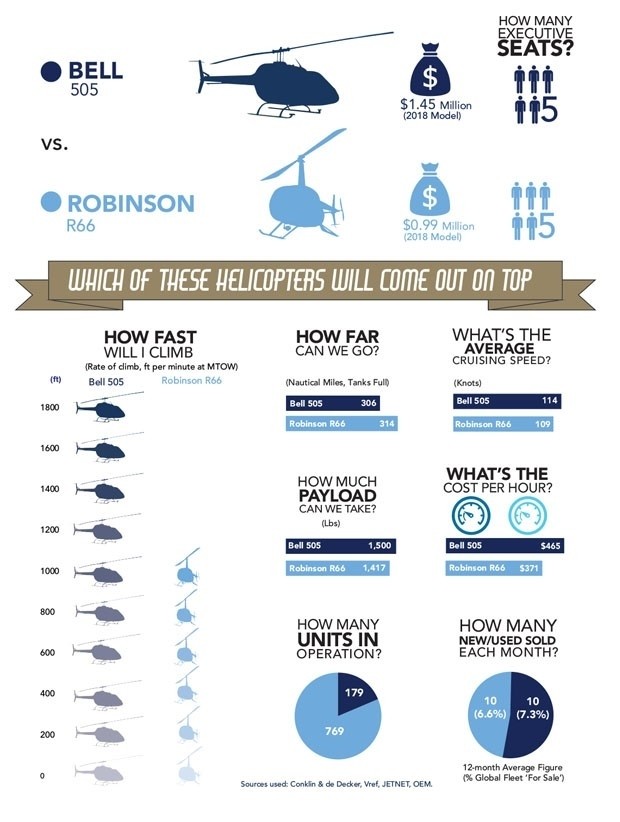 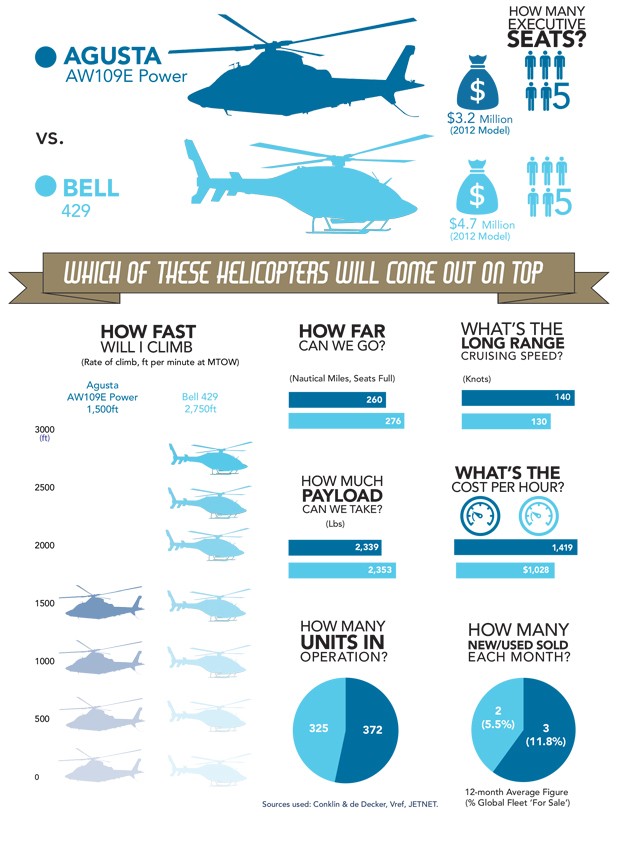 Price: £500,000 Excl. VAT, Price Reduced
Europe, United Kingdom - England, For Sale by HelixAv
G-LIMO is a beautiful 7 place Bell 206 Long Ranger built in 1980 and is in immaculate condition. It has only had three
ContactContact Compare Aircraft More Info

Please email
Europe, Sweden, For Sale by Savback Helicopters
Aircraft specification is subject to verification upon inspection and prior sale or withdrawal from market
ContactContact Compare Aircraft More Info

Price: USD $1,750,000 Excl. VAT
Europe, Denmark, For Sale by European Aircraft Sales
This Bell 505X is in absolutely impeccable condition! Since it left the factory in 2018 it has flown just 75 hours, and
ContactContact Compare Aircraft More Info

See the most popular Bell models we have on offer today...

The OEM has been a significant developer of aircraft aimed at VIP and corporate users, stretching back to the 1950s with the Bell 47J, a single-engine helicopter that was the first such platform to transport a US president (Dwight D. Eisenhower). Since then, Bell has developed a number of popular turbine helicopter models.

Another significant example is provided by the various configurations of the Bell 206 single-engine turbine helicopter which can carry four passengers and one crew member, and was produced for over 50 years until 2017. This began with the Bell 206A, which was later upgraded to the Bell 206B, a variant that brought a new Allison 250-C20 engine.

There have been a range of iterations since, including the Bell 206L LongRanger, a stretched variant capable of carrying five passengers. And a twin-engine variant, the Bell 206LT TwinRanger, was also produced.

Today, the range is represented by the Bell 407, which is derived from the Bell 206L. The most modern version, the Bell 407GXi has a Rolls-Royce 250-C47E/4 turboshaft engine with dual full authority digital engine control (FADEC), and a Garmin G1000H NXi integrated flight deck.

Building on the Bell 204 Legacy

Introduced in the early 1980s as an improved version of the Bell 212, the twin-turbine Bell 412 helicopter remains in production today. When compared to its predecessor, the Bell 412 introduced a new, four-bladed rotor with elastometric bearings, and without the normal hinges, helping to improve performance and significantly cut back on noise and vibration (appealing to many VIP and corporate users).

It can hold up to 13 passengers and two crew members, and is powered by the Pratt & Whitney Canada PT6T-3B engine. The modern variant is the Bell 412 EPI, powered by two Pratt & Whitney PT6T-9 Twin-Pac engines, and featuring a glass cockpit. Bell has also worked with Subaru to produce the Subaru Bell 412 EPX.

The Bell 429 GlobalRanger was certified in 2009. Capable of carrying seven passengers with a pilot, the aircraft has a range of 411nm. Its large, customizable cabin is well suited to VIP/corporate customers.

The Bell 505 Jet Ranger X was unveiled at the Paris Air Show 2013, but has already made a significant market impact, combining power, a comfortable cabin and cutting-edge equipment, including its Garmin G1000H NXi avionics. Powered by a dual-channel FADEC Turbomeca Arrius 2R engine, the Bell 505 can hold one pilot and four passengers.

The manufacturer also markets its Bell 525 Relentless helicopter to the VIP/corporate domain. The aircraft – in production since 2015 – can provide seating for 16 passengers and two crew members. It is powered by General Electric CT7-2F1 engines with FADEC, and features Garmin G5000H avionics that include the first touchscreen glass flight deck designed for helicopters, according to the company.